Former NU’EST member Ren has talked about his current activities and future as a solo artist in a new interview!

After 10 years of promotions, NU’EST disbanded early this year and released a final “the best” album titled “Needle & Bubble.” Now, Ren has reached a turning point in his career as he moves forward as a solo artist. He has since starred in musicals “Jamie,” “Hedwig,” and “Bungee Jumping of Their Own” and will start performing in “The Three Musketeers” later this month.

In a recent interview with News1, Ren spoke about NU’EST’s disbandment, the pros and cons of promoting as a solo artist, how he got into musicals, why he kept his stage name, and much more!

Regarding the difficult decision to part ways with NU’EST and his former agency PLEDIS Entertainment, Ren commented, “Including when we were trainees, I spent 12 years with my members. There were more times I was with them than with my family. There were so many good aspects but there were various circumstances and we thought we had protected our team for a long time so I decided to stand on my own.”

Ren continued, “To be honest, it hasn’t been long since we started promoting after making ourselves known so I know that fans felt really regretful. When I think about that, I feel apologetic, but all the members had things we wanted to do individually so we decided to respect one another. I don’t have any regrets about my decision.”

He added that during the decision-making process, all the members showed support for each other’s solo endeavors and added, “I really hope everyone does well and although we are on our own paths right now, if the opportunity arises, I hope there’s a day where we can all come together again.” 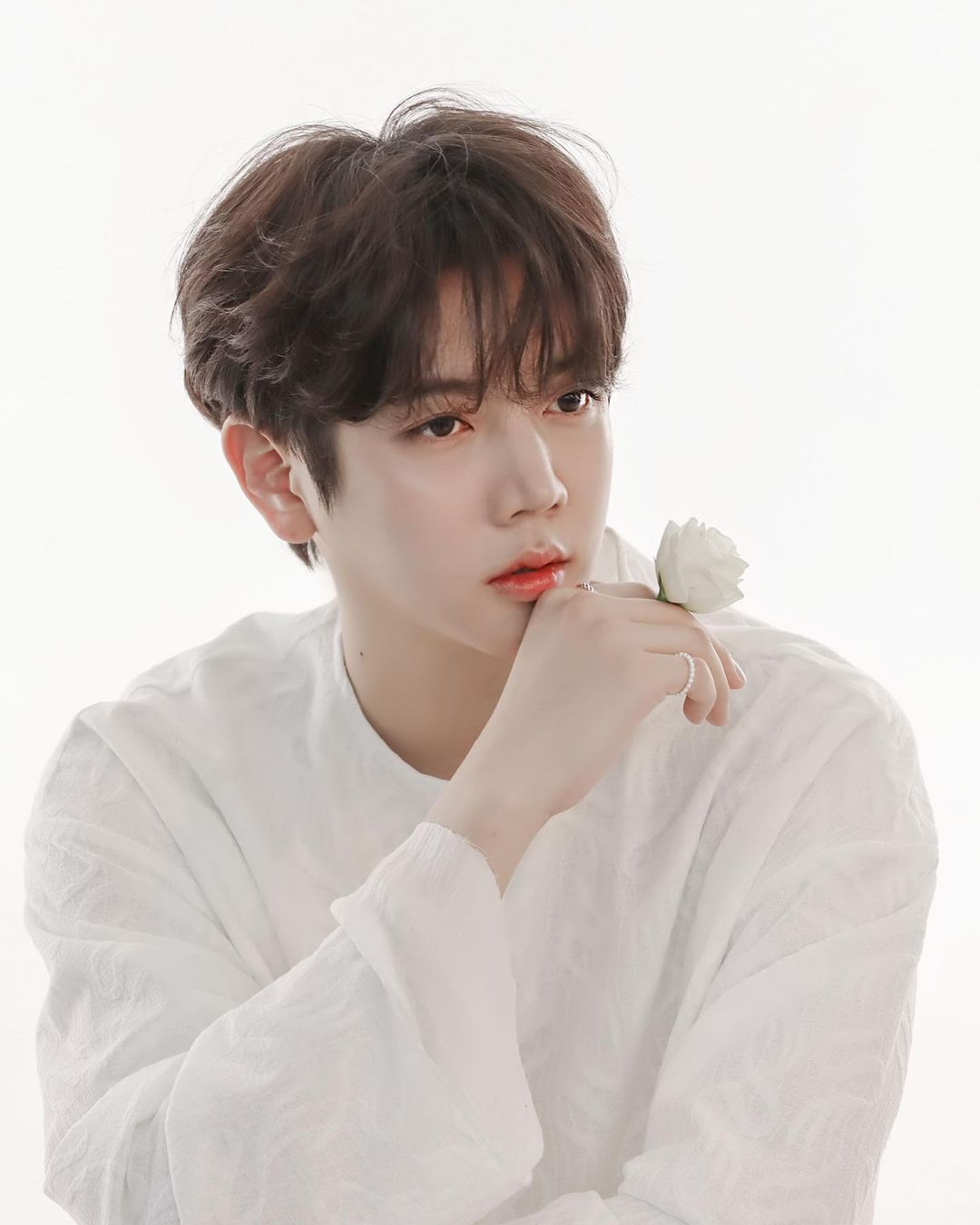 Reflecting on the differences between promoting in a group and as a solo artist, Ren shared, “It’s more lonely than I imagined. When I was promoted to a team, no matter where we went, the five of us were together and we enjoyed ourselves while sharing even the smallest things. Now, the only people I can talk to are my staff members so it feels different.”

He added, “On stage too, when I’m with my members, we can depend on each other and there’s an energy that the team gives off, but now that I’m alone, I feel an emptiness in that regard.”

However, Ren revealed some pros, saying, “When promoting as a team, there’s a promise among the members so I was a bit cautious to do anything that would make me stand out. It was difficult to escape from our designated choreography and my designated position, but now that I go on stage alone, I can express myself to my heart’s content so I feel a sense of freedom.” 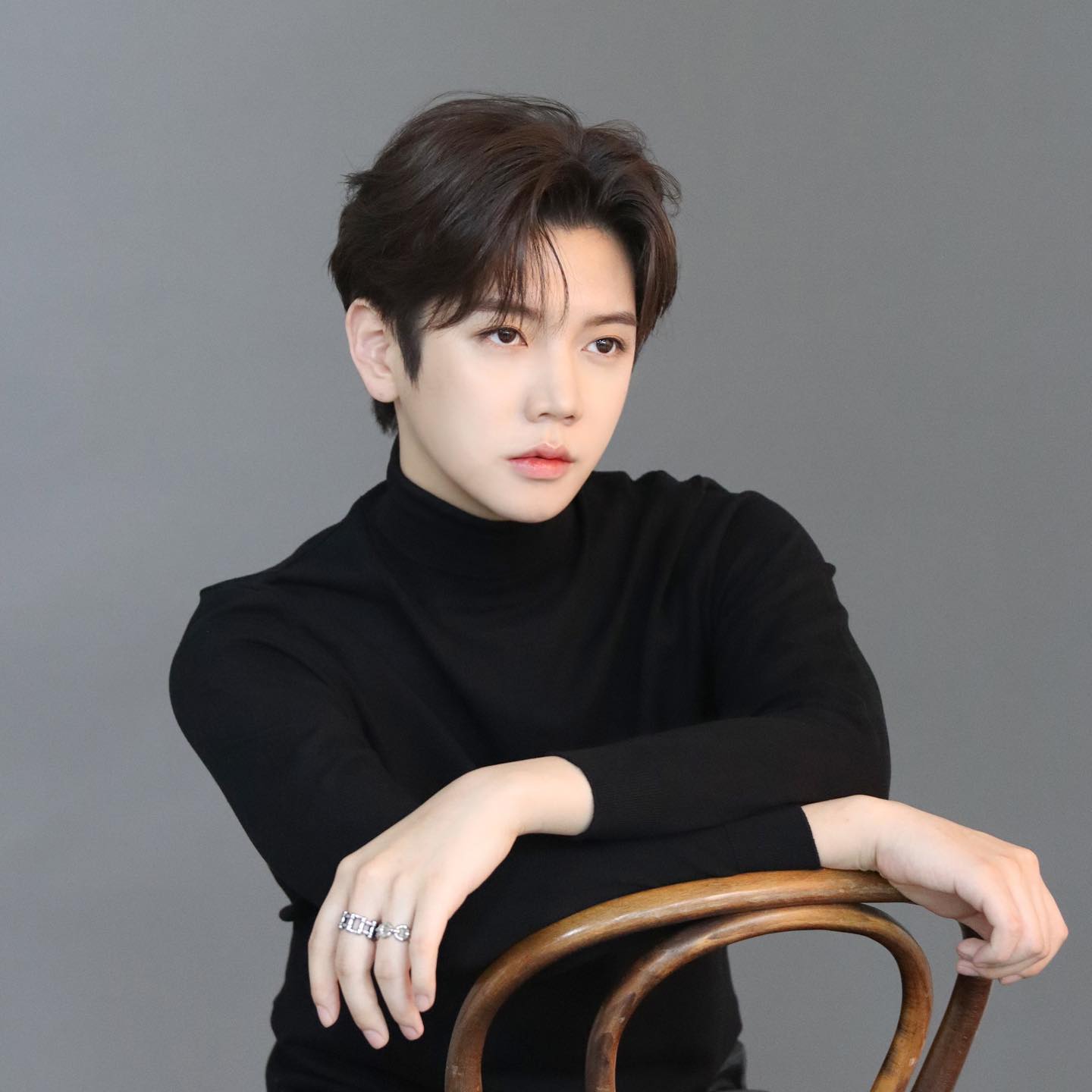 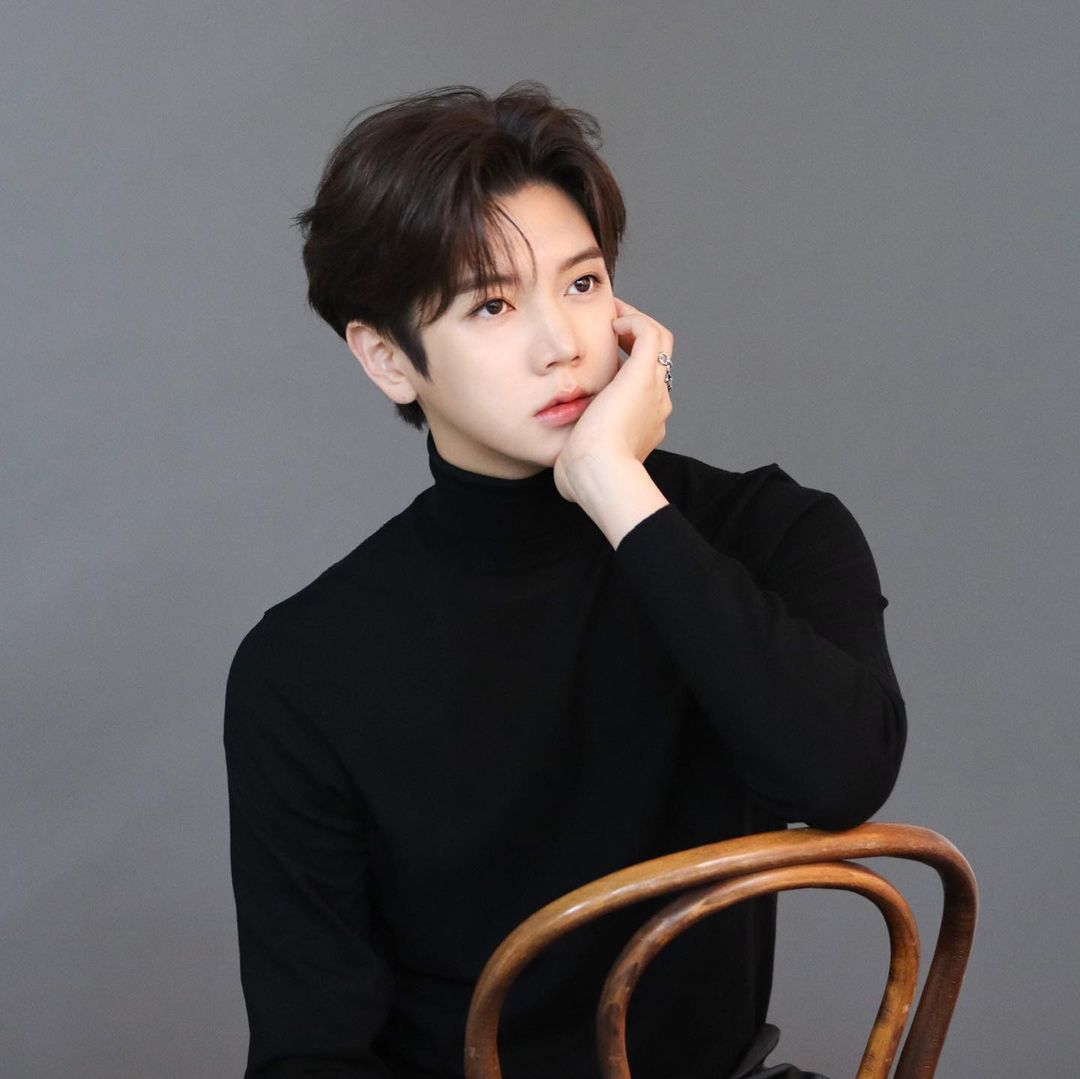 Despite kicking off a new chapter as a solo artist, Ren did not change his stage name. When asked why, Ren answered, “Although I did think that I wanted to use [my birth name] Choi Min Ki to promote, I promoted for 10 years with the name Ren so I thought that fans could find it unfamiliar if I suddenly changed it. I believe that I was able to promote until now because I had the name Ren so I wanted to maintain [the name]. If I end up acting in the future, I don’t know what will happen, but for now, I want to protect Ren.”

Right after parting ways with his former agency, Ren dove into various musicals and was asked whether he was always interested in them. “It’s a field I’ve always wanted to try out,” Ren replied. “People around me said that my energy would match musicals well so I was curious and wondered, ‘What are they like?’ That’s when I got the opportunity to do the musical ‘Jamie’ and I ended up falling for its charm. It was charming to be able to communicate with audience members in real-time and change my lines and tone each day, depending on my emotions. I also liked that I could showcase singing, dancing, and acting.” 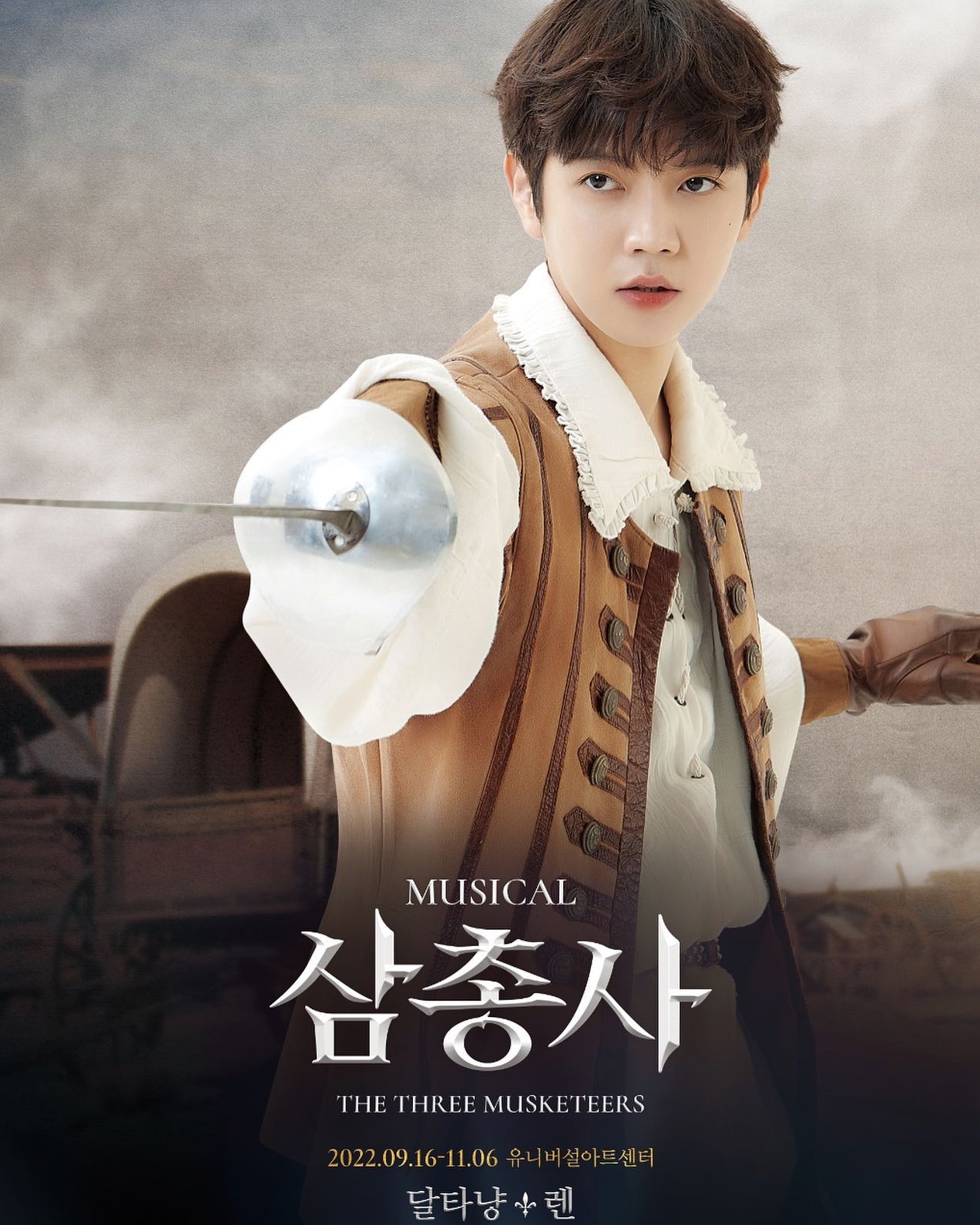 Ren has also greeted fans as a solo singer on KBS’s “Listen Up,” a music chart competition program. The program features a battle between music producers and Ren performed with Ryan Jhun, a hit producer who has previously worked with NU’EST.

The artist shared, “I think ‘Listen Up’ became a good start for solo artist Ren. I’m glad that through the broadcast, I was able to showcase an image that was neither excessive nor typical. My album is currently in the works and as a solo artist, my music will be unique and overflowing with individuality. My concepts and ideas are limitless. I think I’ll be able to showcase a different image from NU’EST’s Ren, so I’m looking forward to it.”

Regarding what has given him the strength to get this far in his career, Ren immediately chose his fans. “To put it frankly, without my fans, I wouldn’t have been able to promote. That’s why I want to respond even more to the amount they expect. My fans, family, and acquaintances are big driving forces for me.” 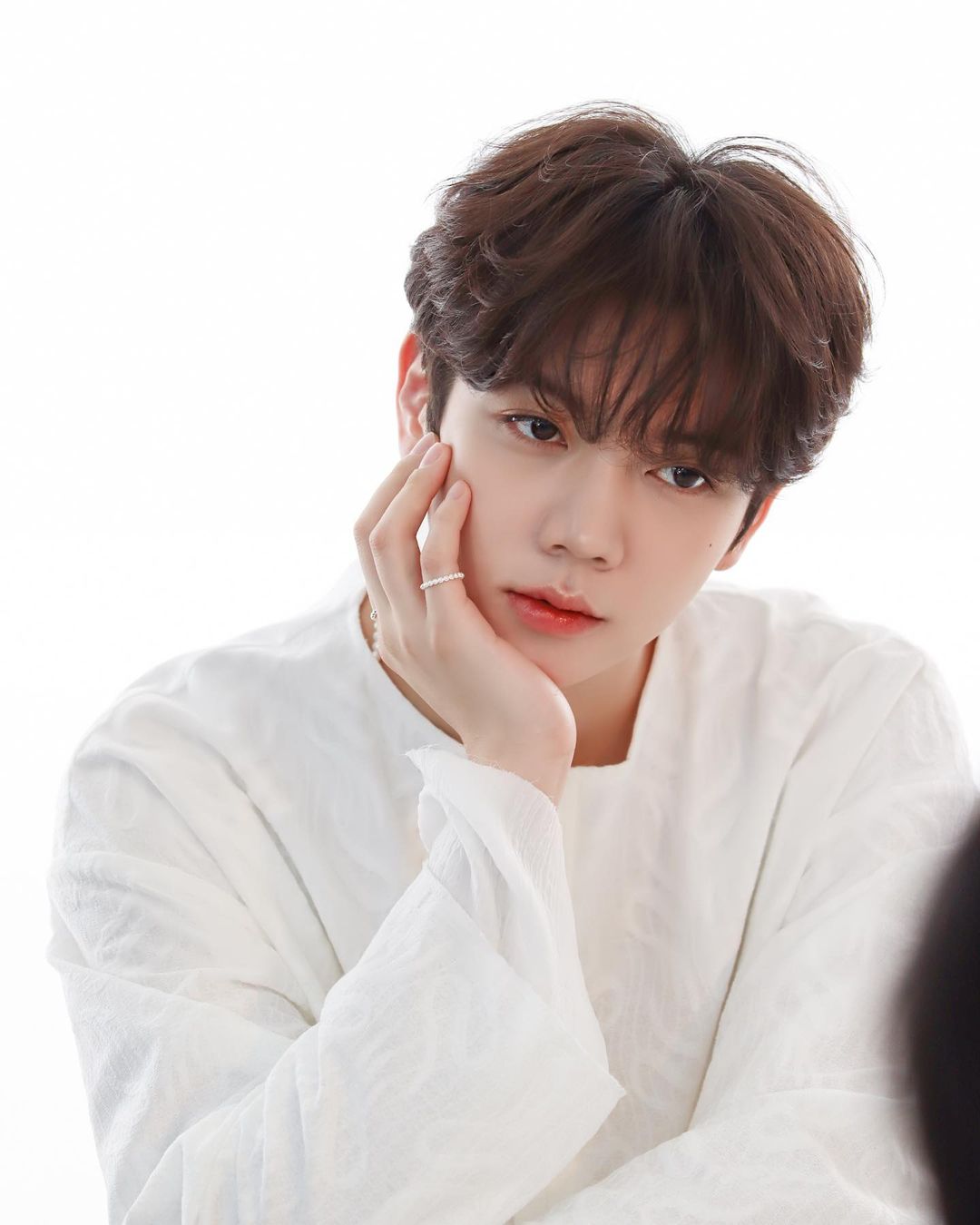 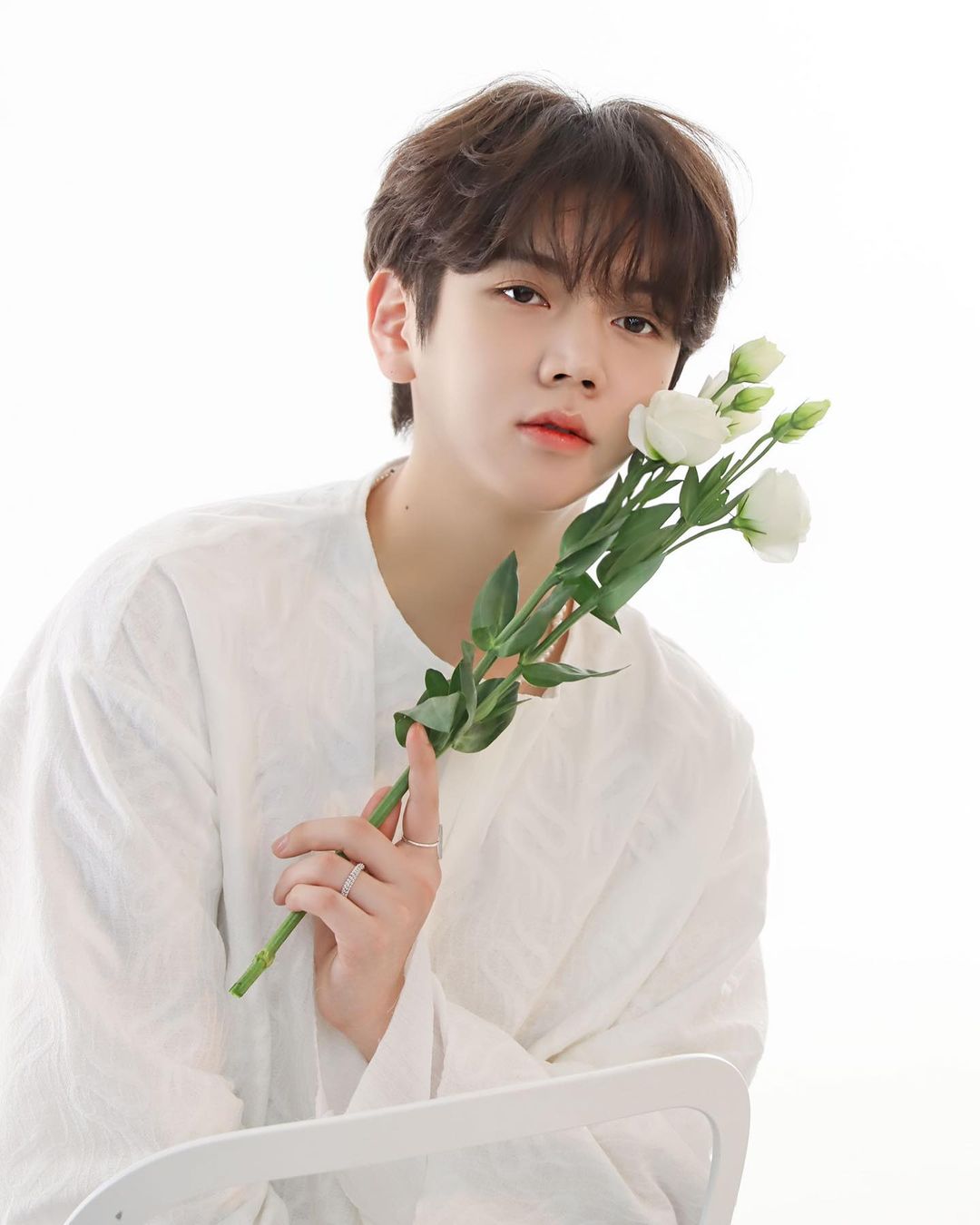 Ren’s adorable fan club name is “Min Ki Jeok,” a combination of his birth name “Min Ki” and “Ki Jeok,” which translates to “miracle” in Korean. Ren explained, “‘Min Ki Jeok’ captures the meaning of wanting to create miracles with my fans.” He revealed that the name was originally thought of for his YouTube channel but he figured that it was great to use for his fan club name.

Lastly, Ren shared what makes him happiest, saying, “I’m the happiest when I’m on stage. I also feel happiness in small things like communicating with fans, going on vacation with my family, and eating yummy things.”

Ren’s new musical “The Three Musketeers” runs from September 16 to November 6 at the Universal Arts Center in Seoul.