“Cheer Up” is a new campus mystery rom-com about a college cheer squad whose glory days are long gone and is now on the verge of falling apart. Han Ji Hyun will star as Do Hae Yi, a rookie member of Yeonhee University’s cheer squad Theia, who has a cheerful personality despite facing difficult circumstances at home. Bae In Hyuk will play Theia’s oft-misunderstood captain Park Jung Woo, who is a romantic at heart, while Kim Hyun Jin will play fellow rookie Jin Seon Ho, a rich and handsome student who has always walked the elite path in life.

The poster captures a stage for the college cheer squad which is full of youthful enthusiasm and energy. The vitality of the cheer squad on the stage as well as the enthusiastic crowd below catch the viewers’ attention. Above all, the cheerleader’s stance with her outstretched hand reaching toward the blue sky seems to make her appear as if she’s shouting, “Cheer up!” to everyone, giving a glimpse at a heart-racing dream stage.

“Cheer Up” will portray the heart-fluttering first love of youth as well as the exhilarating joy of the cheer squad’s performances. The dreams of a young adult living in the present and the passion that drives her to run toward her dream raise anticipation for the catharsis that the drama will bring to the small screen. 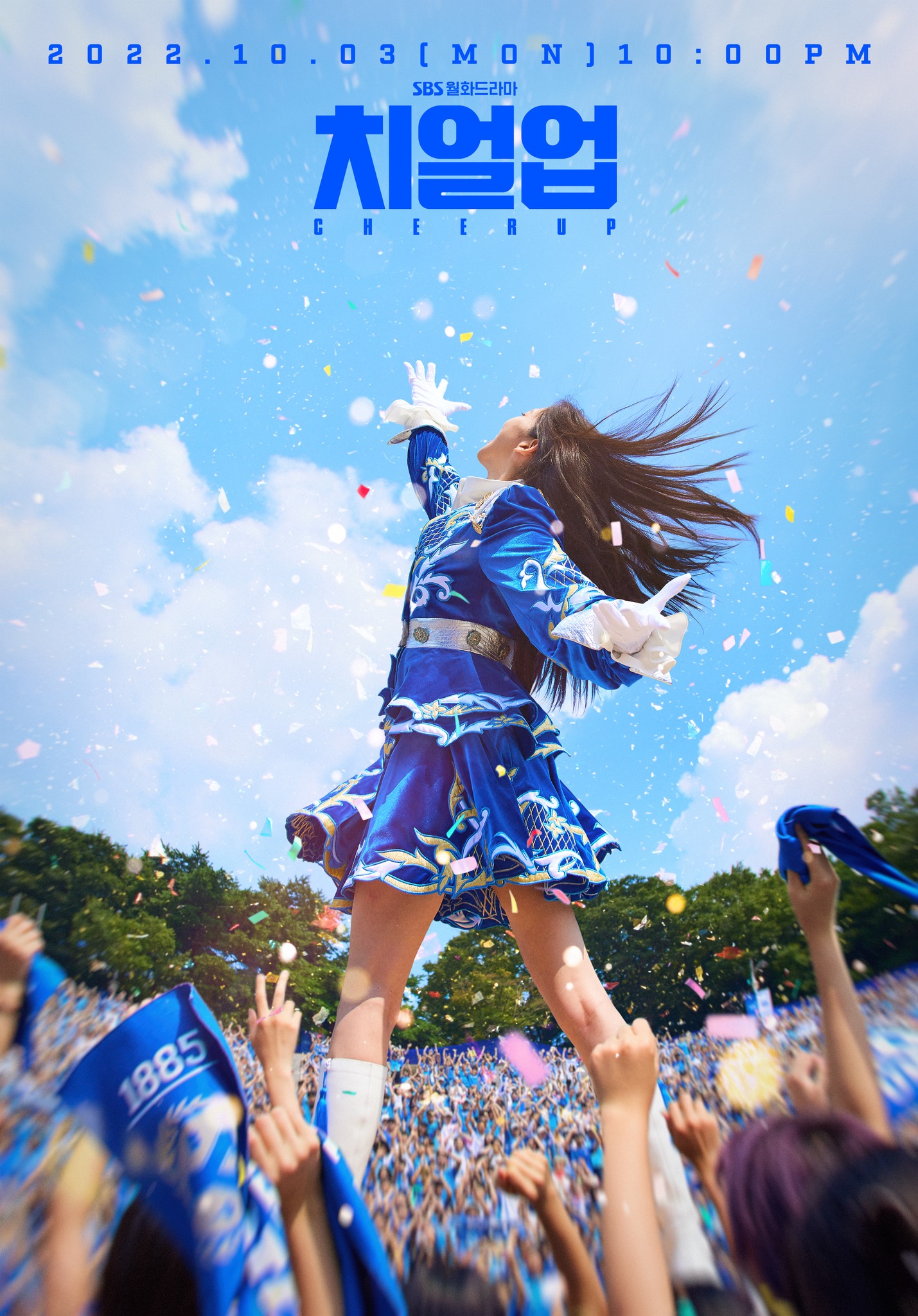