Earlier, it was reported that on August 29, actress Yoo Joo Eun, who is best known for appearing in Joseon Survival Period, had passed away by way of suicide. 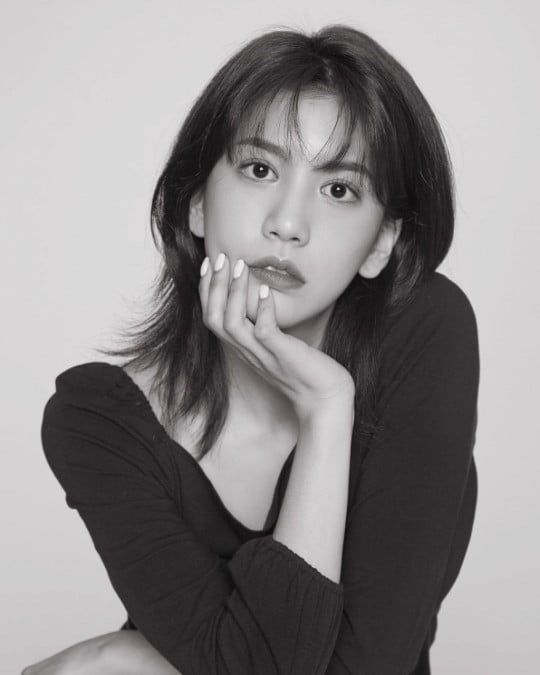 After the actress’s passing, several photos of the actress’s schoolmates from the Korea National University Of Arts at her funeral wake has gone viral. The pictures are reported to have been posted by members of the alumni themselves.

Netizens were first shocked to see that the alumni’s looked as if they were smiling, but upon a further glance, it is evident that many had tears in their eyes. 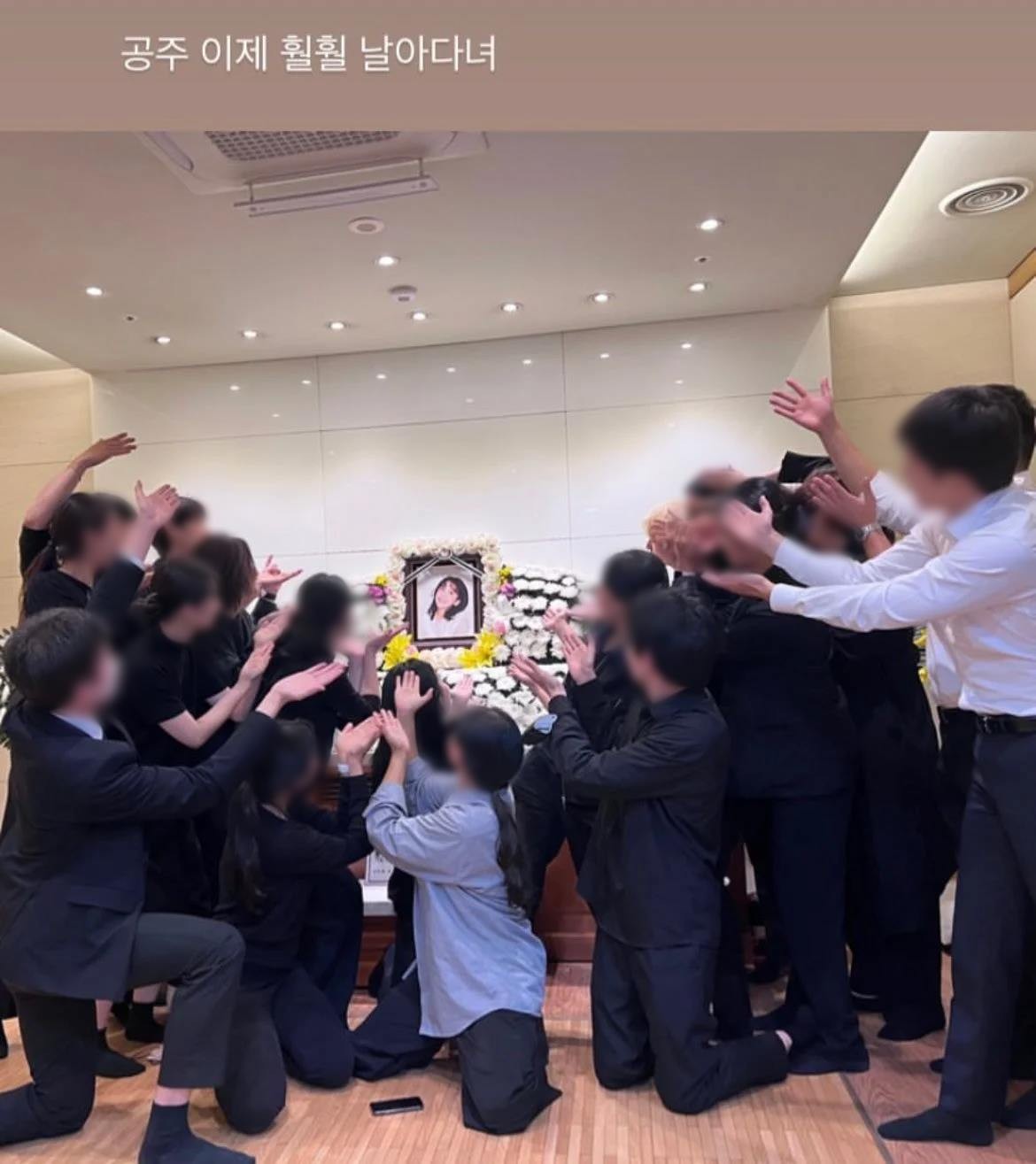 The schoolmates posed with a picture of the actress, pointing at her and drawing hearts with their arms. 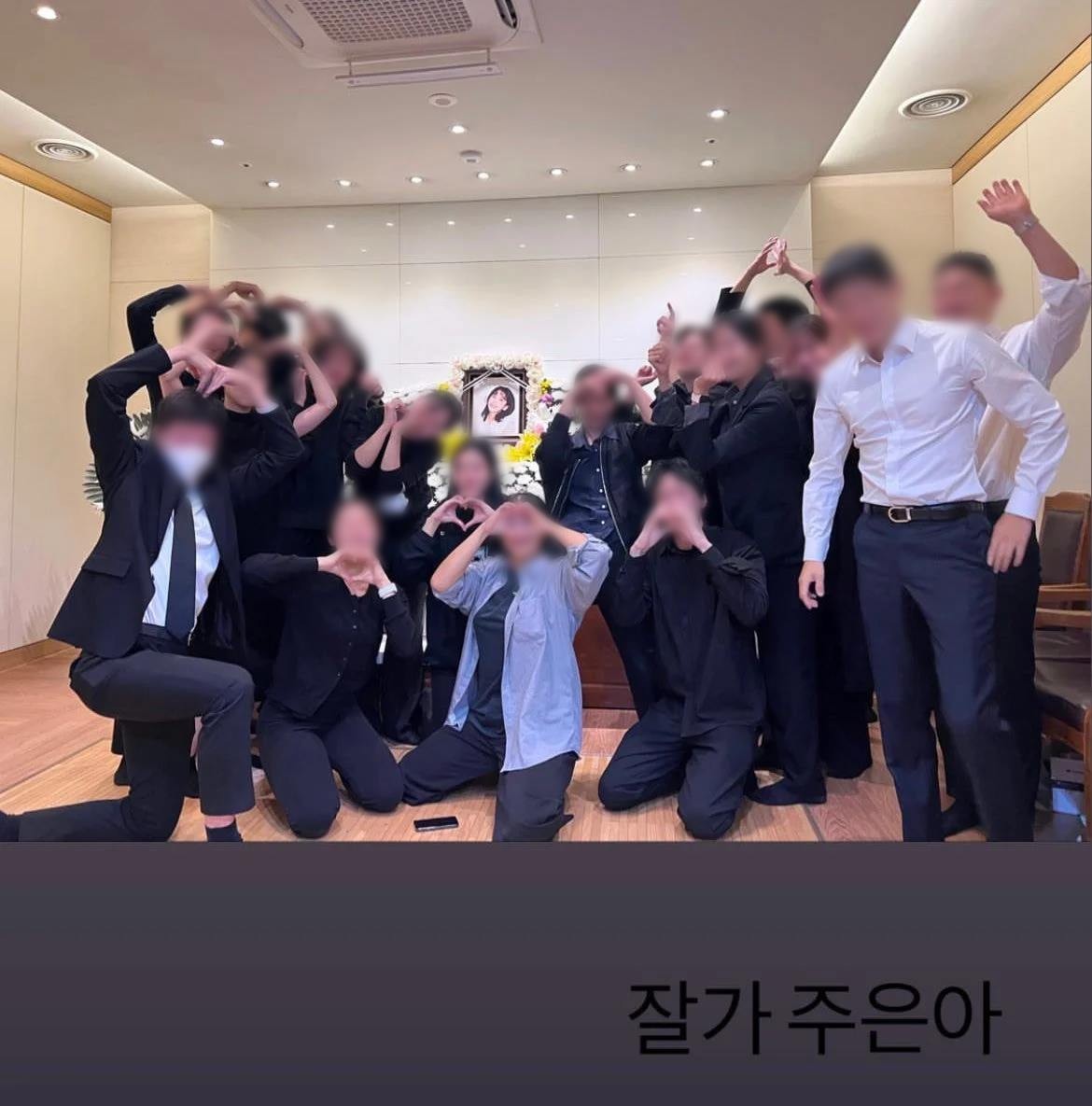 At first, netizens may have found the juxtaposition of smiles in a funeral wake odd until they realized the heartbreaking reason they did so.

Yoo Joo Eun debuted in 2018 and starred in the dramas Big Forest and Joseon Survival Period. The actress was only 27 when she passed.

If you or someone you know is struggling with depression or has had self-harming thoughts, do not hesitate to reach out to your local confidential support for people in distress or to call the Lifeline. The Lifeline provides free and confidential support for people in distress, prevention and crisis resources for you or your loved ones, and best practices for professionals. If you’re thinking about suicide, are worried about a friend or loved one, or would like emotional support, the Lifeline network is available 24/7. In the US, the National Suicide Prevention Lifeline’s # is 988, OR you can call 1-800-273-8255. Crisis Text Line can be reached by texting HOME to 741741 (US), 686868 (Canada), or 85258 (UK).