Although BTS‘s Jungkook may be the sweet, soft golden maknae right now, he did go through a bout of puberty just like any other human on earth. Hilariously for us, his peak teenage years were captured on camera as a young idol. Fans recently uncovered his tweets from BTS’s rookie days.

With the spiky gelled hair, heavily kohl-ed eyes and pouty squint, he looked every bit the teenaged rockstar wannabe. We’ve all been through that phase. He captioned the photo with a chic, “Rookie award“. 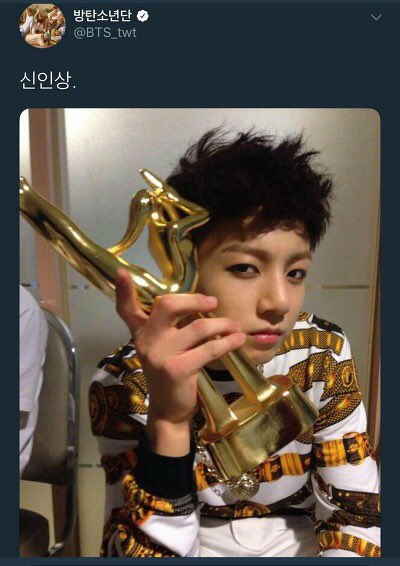 Does anyone remember this moment from 2014? As the boys were heading to Osaka, Japan, the next day, Jungkook snapped a few goofy shots of him “flying” but you’ll never guess how it went down. 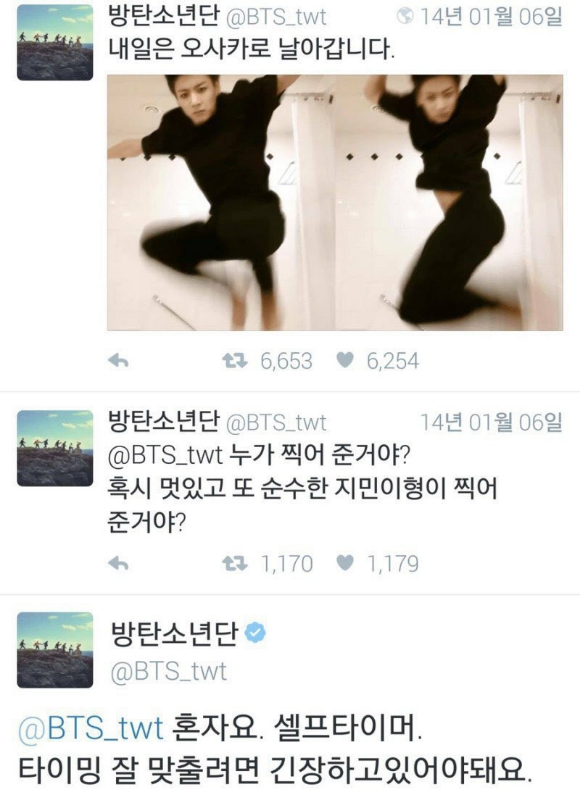 ARMY, this is Jungkook. Today was Music Bank’s last stage but I am not the least bit sad. Because we still have Inkigayo tomorrow. It is really great that we can see everyone once more. Well then.

No one can deny it, Jungkook has always been cute and funny since debut!