A post on an online forum recently called out an alleged JYP Entertainment staff member for their post on social media, in light of recent events with GOT7 discussing contract renewals and eventually making their decision to leave the company.

The alleged staff posted a screenshot of GOT7’s “The End” along with its lyrics, onto their Instagram story.

As it includes lyrics including “I’ll probably regret this moment” and “they say you’ll know how precious something is when you lose it“, fans have reacted negatively to the post. 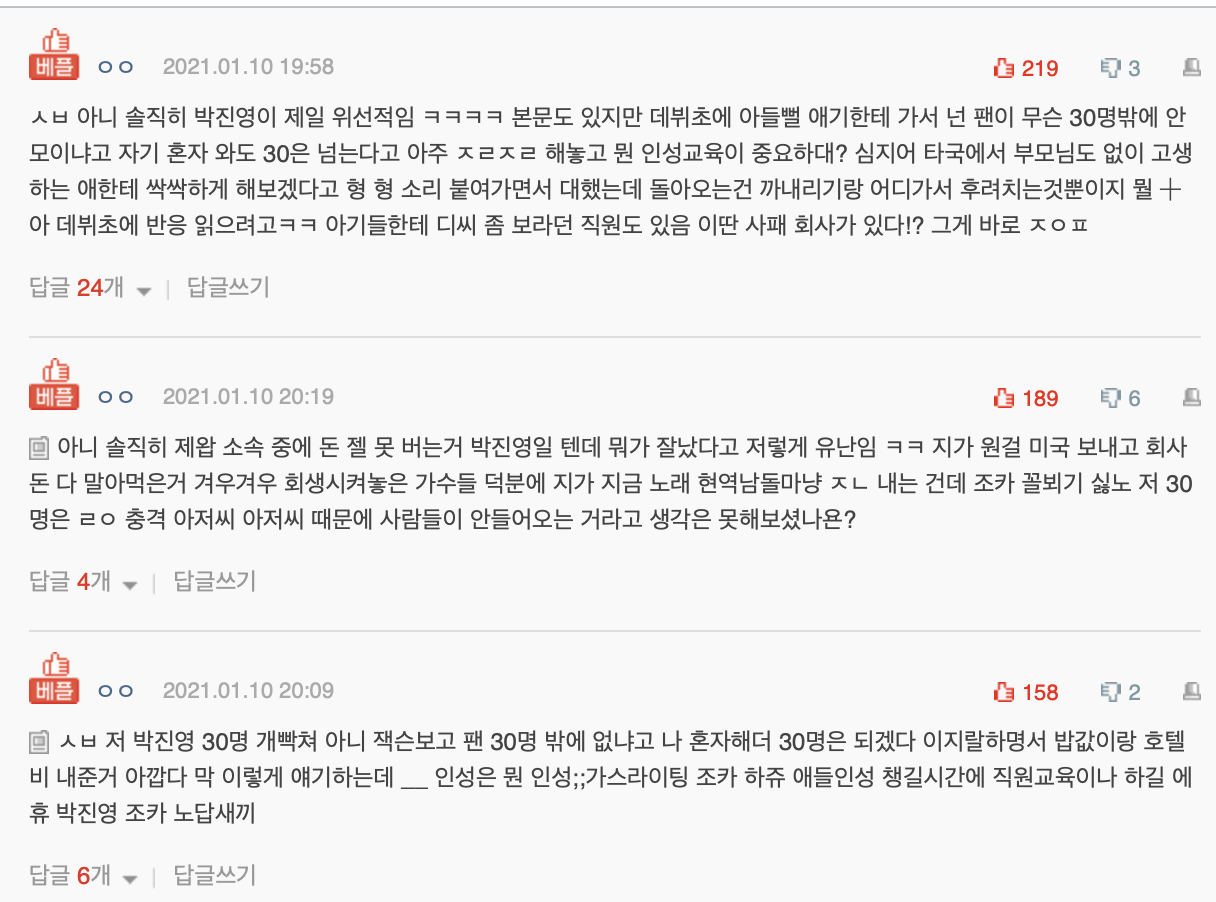 On the other hand, GOT7 and Ahgases are absolutely thrilled to be embarking on a new journey outside the company!